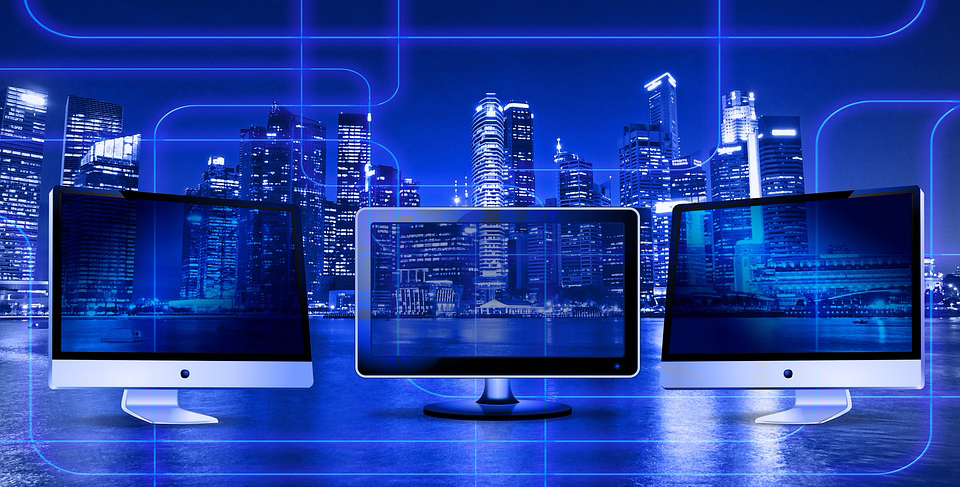 Imagine Smart City as a living organism: information is the nutrient feeding it and smart infrastructure the basis of its circulatory system. Data produced flow all over it, reach to intelligent systems supporting the city, these turn data into useful information and, based on it, operate the „vital functions” of the city. What infrastructure is needed for this?

If Smart City, then Singapore 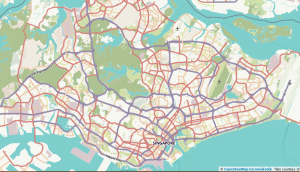 For a perceptible answer, let us examine achievements in Singapore, not inaptly considered a Smart City laboratory.

High development level of basic infrastructures – transport services, energy- and drinking water supply, telephone- and postal services etc. – is a must in a Smart City, in these, the Asian city-state is the first on the Top 10, according to the 2017-ranking of MERCER.

For “smartness” though, something more is needed: data collection infrastructures are essential. Their operation is based on sensors and connectivity, requiring inhabitants, devices, things all over the city to connect as elements of a vast system of continuous and full-coverage data exchange.

Everyone, everything, everywhere, all the time

Government of Singapore launched in 2014 the Smart Nation program, starting developments with  the deployment of a 1000-sensors network. They are continuously developing the infrastructure, aiming to make the connectivity plan E3A happen: the goal is no less than connecting Everyone, Everything, Everywhere, All the Time.

Hyperconnectivity, as a life style 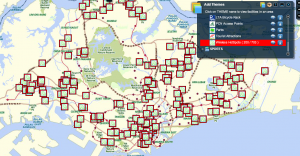 For this, the infrastructure has to support internet access for everyone – not only at homes and workplaces, but all over the city. Singapore excels in this too, in A.T. Kearney Global Cities 2016 analysis it is ranked first in online presence.

This is in great part probably due to the free broadband WiFi hotspot network covering practically all the most frequented public places, provided to residents by the Info-communications Media Development Authority. But it is also stimulated by the quality, wide distribution of online public services, accessibility of public data, these all depending too on the development level of the ICT infrastructure. 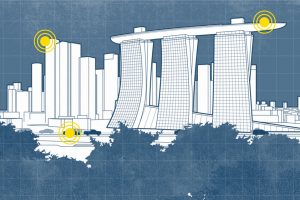 Another large area is that of the connected physical infrastructure, the Internet of Things.  In Singapore, sensors, surveillance cameras, GPS devices wire the island, continuously collecting information on the everyday life.

Devices installed on trains, buses, taxis provide real time data on the traffic; operating in public places, subways, elevators, stations, supervise safety, monitor pedestrian movement, watch cleanliness of streets; from the top of buildings, measure quality, temperature, humidity of the air; placed in waste containers, signal when the containers are full; installed in the river and the drainage system, measure water level to signal potential flood risks. A pilot project has even been launched for the surveillance of the movement of some elderly people in their homes to ensure safer care. 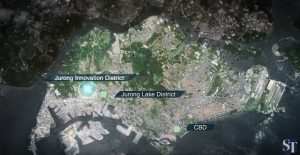 Building a Smart City is, even on the level of the infrastructure, a slow process for Singapore too. Singapore selected a part of Jurong Lake District as innovation area, where a mini-smart-city will be created. The city-state has gone through an amazing development over the past decades, but Smart City solutions need a lot of development and testing. Although Singapore excels in infrastructure, there is still a long way ahead in becoming a real Smart City.

Necessary, but not sufficient

In any case, there are plenty of data, no lack of “nutrients” for intelligent systems. At least, not in theory… as we need to mention that Singapore has also become by now a good example to show that an extended data collection network alone is not sufficient. Government of Singapore is re-organizing their strategy for the Smart Nation program implementation, because the process is not as fast as expected. One of the 3 main problems identified as obstacles relates to data management: data collection networks are not integrated, data are managed by different institutions and communication between sources is not efficient. Back to our analogy: the “metabolism” of the city is not in order. But this issue deserves another discussion.

In our blog, we present GIS novelties, topics we are interested in: mapping, location data and services, applications of GIS in intelligent transportation and technologies of the future city.

Read about our new worldwide map on our blog